There is no single day that women are murdered; no single day that we are not subjected to violence! While we have been expecting the state to take steps for preventing these murders and violence and punishing the murderers the decision to withdraw from İstanbul Convention, published in the Official Gazette in midnight on March 19, 2021 torments our lives. By its decision to withdraw from the İstanbul Convention Turkey’s state government announces that it is giving up to protect women from all forms of violence. It is clear that this decision will further encourage the murderers of women, harassers, rapers.

For the first time in Turkey’s history the state withdraws its signature from a human rights convention. What is more frustrating is that the state authorities had announced that  convention is the one that “they were proud of hosting the signature ceremony and being its first signatory”. This decision of withdrawal violates both the Constitution and the international law of human rights. The decision is a violation of the preliminary principles of the Constitution, its irrevocable provisions and the regulations regarding basic rights and liberties. According to Article 14 of the Constitution practices against human rights is the clear abuse of state authority.

Regardless of your interruption to our legal guarantees, we will continue to struggle for our lives and for a world free of violence. We will not give up our basic, unviolable, inalienable, and indispensable rights and liberties.

A world free of violence is possible! We reject withdrawing from the İstanbul Convention! 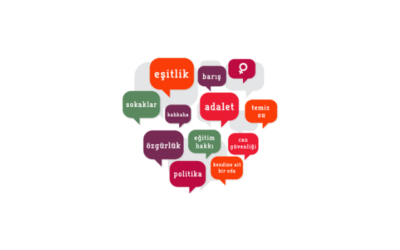